Who are you going to deal with... 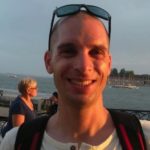 My name is Uroš Šilar and I am a personal cycling trainer. The beginnings of my cycling route date back to 1991. In my 19 years career in the cycling club Sava Kranj and abroad I have received a lot of knowledge and experience from recognized coaches. Among them is Miran Kavaš, one of the biggest cycling experts, who left a special stamp. The work under his mentorship has brought a lot of theoretical and practical knowledge. After completing the competitive career, I became coach of the youngest categories in the cycling club Sava Kranj, and at the same time the coach of the Slovenian – national cycling team in the category of boys and girls. During this period I have received important pedagogical experiences, which are key to successful work with the people. I am the owner of highest certificates of the Olympic Committee of Slovenia – cycling coach I and II.

From 2013, I share knowledge and experience with professional and recreational cyclists and athletes. My guideline is to promote sporting activities with an individual approach, to provide useful information on cycling, and through exercise to direct to physical progress, better self esteem, and the most important, to listening to your body. Your body is as one of my best guides to lead you through activitieas, it just needs to be listen and the same time, have fun, acquire new acquaintances and have a great time :).

My Professional qualifications:
• 19 years professional cyclist
• 2 years team and national coach of the youngest categories
• cycling coach II – 3rd level under the auspices of the Cycling Federation of Slovenia and the Olympic Committee
• President of the International Relations Committee of the Slovenia cycling association

You can find out more about which cookies we are using or switch them off in settings.

This website uses cookies so that we can provide you with the best user experience possible. Cookie information is stored in your browser and performs functions such as recognising you when you return to our website and helping our team to understand which sections of the website you find most interesting and useful.

Strictly Necessary Cookie should be enabled at all times so that we can save your preferences for cookie settings.

If you disable this cookie, we will not be able to save your preferences. This means that every time you visit this website you will need to enable or disable cookies again.